I first met Michelle Faught, founder of Tampa Bae Plants, standing in a 50-person queue at a local nursery. The participants had all brought at least three plant clippings and were rotating in an orderly manner to get their new plant babies. Michelle had orchestrated the clipping exchange. Her passion for plants and bubbly personality was contagious.

“I have been interested in plants for a long time,” Faught recalls. “It started with succulents because they were easy to care for. When I moved into my current home, I purchased a fiddle leaf fig thinking it wouldn’t be too difficult to care for.”

I can hear the veteran gardeners laughing.

“I was very wrong. Once I figured out its quirks, it started to show me love. I’ve had that fiddle leaf fig for over five years now and I’m proud of myself for keeping it alive that long.”

In 2017 Faught started getting more serious into turning plant care as a hobby. She signed up for a monthly plant subscription and started to follow accounts on Instagram that were solely plant related. In the summer of 2018, she decided to make her own plant-dedicated Instagram (@lady_plants) to archive her journey of learning about plants.

“I was interested in following local people who also loved plants to gain knowledge and recommendations for nurseries around Tampa Bay,” Faught says. That is when she started the hashtag #tampabaeplants

Today she has around 70 plants including Maidenhair Ferns which she quickly found out require a lot of attention.

“I came up with the name Tampa Bae Plants as a play off of “bae” (Before Anyone Else). Plant Bae became a saying for someone who you really connected with a on plant level so I thought that would be something people could remember and find the humor in the name. When I started the hashtag, it is an easy way to find locals and follow them,” Faught says. 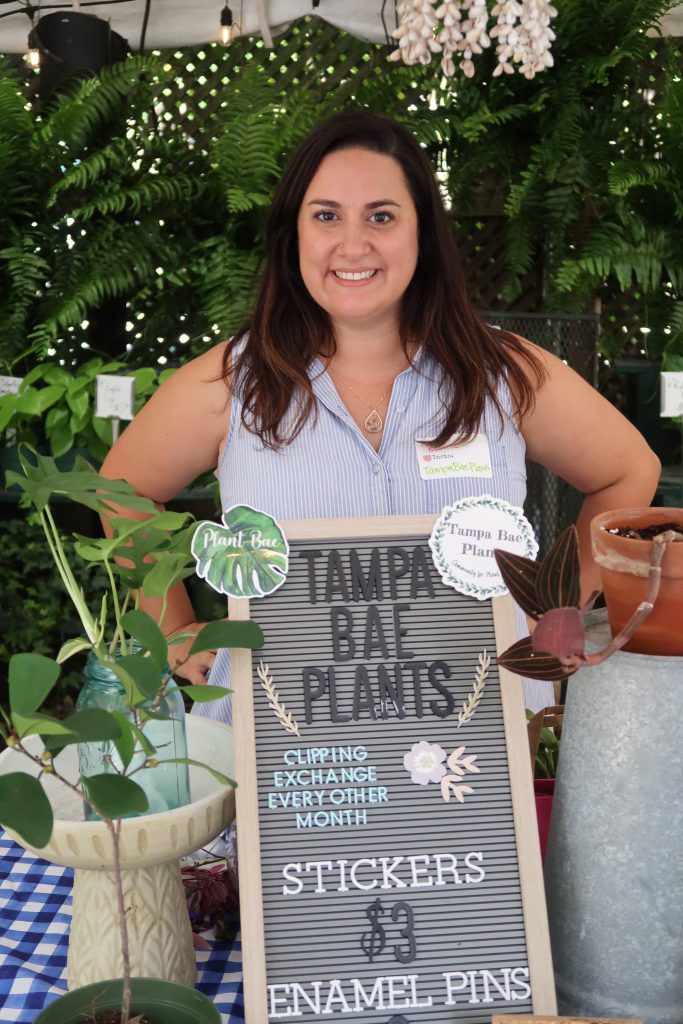 Faught had heard about other cities doing clipping exchanges and thought it was a great idea to meet people she followed on Instagram, as well as to make those face to face connections. Having roots in a community allows individuals to develop valued relationships, share experiences, problem solve, and work toward a common goal.

“After I announced I wanted to start clipping exchanges, I had two local nurseries reach out to me that were interested in hosting,” Faught says.

Her first Tampa Bae Plant event was in September 2018 where 20 people partook. It was more than Faught expected. She was thrilled that so many people were interested in meeting up. The second event that took place in November 2018 and had an astonishing 50 contributors. 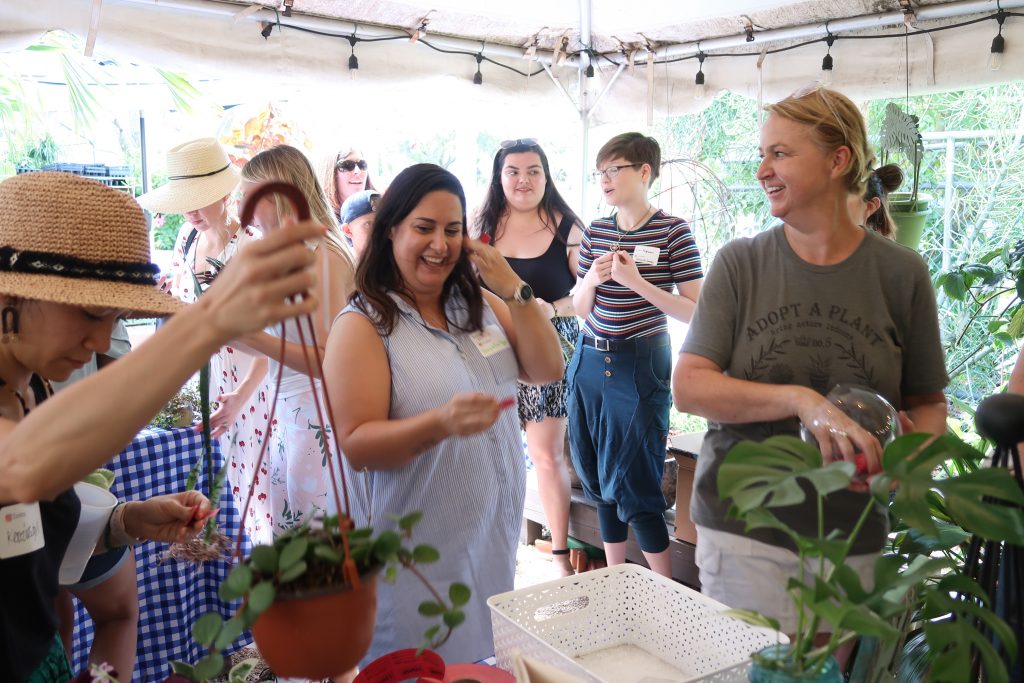 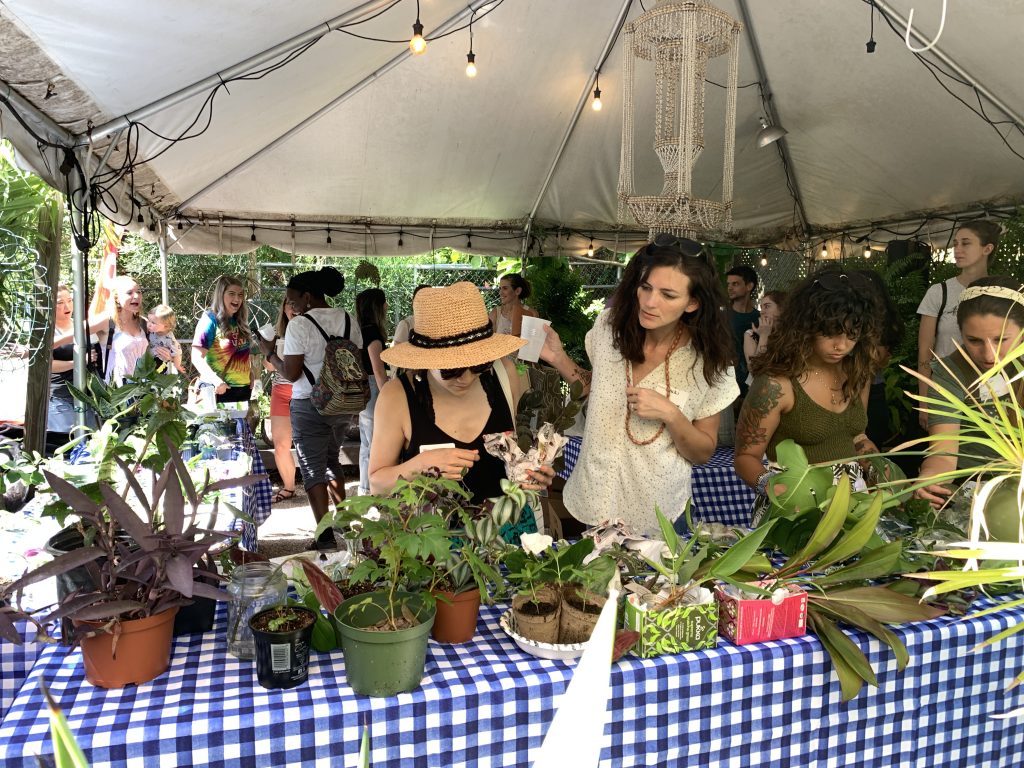 “I was blown away by the reception and it really showed people want to make face to face connections with other plant lovers,” Faught recalls.

“When I started Tampa Bae Plants a lot of my motivation was to find out about great nurseries that were local to me. I knew there were plenty that I had never been to and its always nice to have a review. I wanted to add nursery reviews to my Instagram page for others to hear about places they may have never been to as well. Its all my opinion but I know that its great exposure for any nursery to have a local review that reaches other hobbyist. I have had quite a few people ask for my recommendations and also thank me for posting where I am buying plants.”

From Faught’s experience, the local plant community has been nothing but welcoming to her idea of starting these clipping swaps and meet ups. She says she is grateful for all the people she has met and all the friendships that she has formed.

“It’s fun to think that I have brought a young community of plant hobbyist together in person, rather than just connecting on social media. I plan to keep this going for as long as people are interested so keep a look out for upcoming events!”

If you live outside of the Tampa Bay area, consider creating your own clipping exchange and plant swap. Tampa Bae Plants meetups are a wonderful way to establish community in an anti-social social media world.