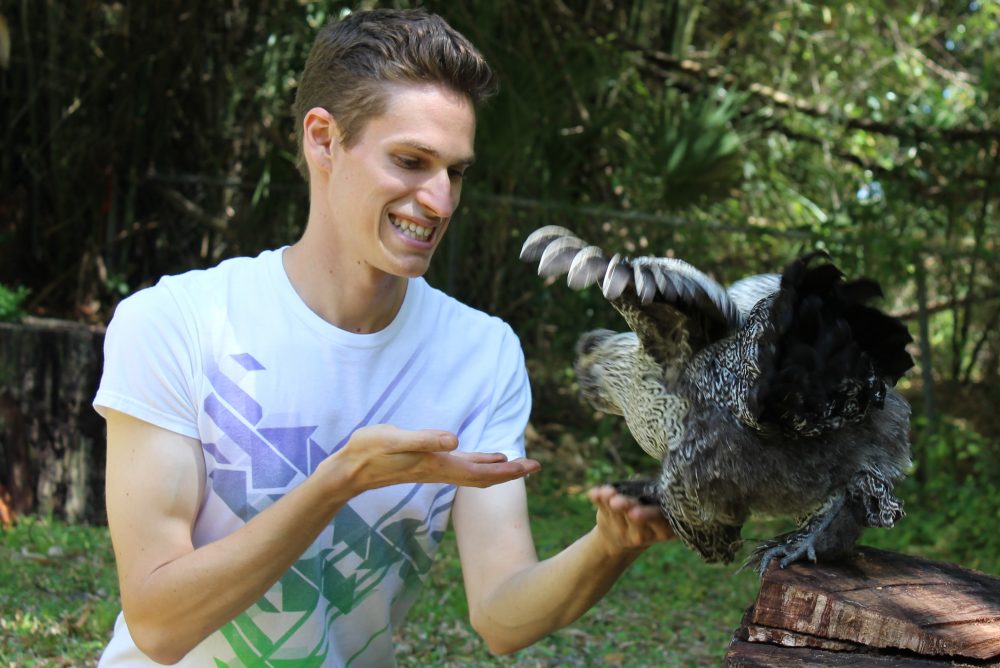 It is cold and snowy and you don’t want to get out of bed. It’s a lack of motivation that is keeping you underneath those warm, comfortable blankets.

Perhaps thinking about a mouthwatering breakfast or a refreshing shower might just be the thing to get you out of bed. Motivation is the reason for doing something. It is the enthusiasm and commitment that makes an organism want to do an activity. And motivation is the drive that gets our pets to do a behavior. Learning how to motivate your pets will help you and your pet bond.

In the pet world behaviors on cue usually occur because of the presence of treats. In the zoo world behaviors occur for the same reason. However there are many more overweight pets than there are zoo animals. To motivate your pets does not have to mean changing the weight of the animal or the amount of food it receives.

Environment plays a large role in pet training. There are a limitless amount of environmental distractions that could take place. The background in which our pets respond to us is constantly changing, even for indoor-only pets. Some pets are focused on their trainer’s every move and others pick up on all the sudden intricacies of their world.

Soft exposures to sounds, sights and smells will help “bomb proof” your pet, to be able to respond appropriately in all sorts of situations. Training your pet with a few distractions at a time will help your pet focus later on in life. A pet that has been exposed to many people and many novel situations will be better to adapt to more drastic scenarios later on.

Animals that are bored may also seem to lack motivation. If the pet only knows a couple of behaviors and is constantly being asked to perform them, the pet might not feel that it is worth it. This may seem like the animal is missing motivation. If you have run out of ideas, an easy solution is to go in the opposite direction. Does your pet wave or shake paws? Train your pet to discriminate which paw you are asking for. If the pet always presents the right paw, start training the left paw, with a different cue. If your pet turns clockwise, train counterclockwise.

While training chickens to run a course, I had placed several four-by-four-inch Astroturf stations on a pathway. Each of the stations was about six feet away from each other and at each station was a reward. Some stations had a sliver of a grape or banana, and others had peas, kernels of corn or mealworms.

In the beginning the chickens were great. They were released from their kennels and followed the stations like connect the dots, at each station eating a tasty tidbit. Then the weather got colder and the oak trees decided to rain on my parade with their acorns.

If you did not know, chickens love to eat acorns. The acorns barely fit inside their mouths, but if a single acorn was present in the yard, the chicken would find it. The other problem with the acorns was the size. Each acorn was so large that just a few of them would fill up the chicken and this would definitely reduce their enthusiasm to follow the designated path.

In the beginning of my thought process, I imagined if I dropped their weights I could increase their motivation to go to the stations and receive the definite rewards, which I had placed, and skip the meandering behavior, which occasionally led to the appetizing acorns. Then I thought that this might lead to them wondering off more, looking for any type of food.

Instead of changing their motivation, I changed the environment, reinforcers and set them up for success. To start with I raked.

I raked away all the leaves and acorns two feet on each side of their path. If the chickens were on the right path, they should not be able to see any acorns or any debris that could have acorns underneath it. I also moved the stations closer, to reduce the need for them to look around for a snack. This way they could see the next reward, and not get sidetracked. The last thing that I changed for my training plan was the reinforcers. I added waxworms, which are larger than mealworms and I made several combinations of the previously offered treats. I wanted to signal to the chickens that the reward on the stations were so great it was not worth their time to get sidetracked.

After several days and weeks of training this way the chickens have increased their individual routines and no longer get off track. The best part of this training method is that the chickens are not being weight-managed and still have a high motivation to do their behavior.